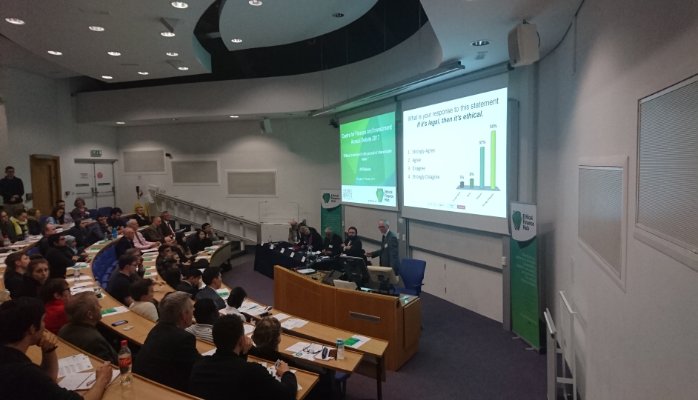 “Ethical investment is the pursuit of shareholder value.”

This was the motion of the debate the Ethical Finance Hub recently organised in partnership with the Centre for Finance and Investment at Heriot-Watt University. The fact that 125 investment professionals, academics and students attended on a cold February evening perhaps highlights the growing levels of interest in ethical finance. 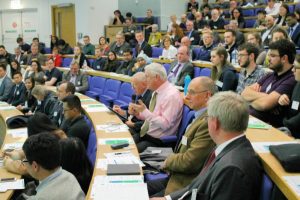 Ethical investment seeks to achieve both a financial return and create social value. It covers many investment strategies, often focusing on environmental outcomes, social benefits and strong corporate governance. More conventional approaches to investment might be associated with maximising financial returns. The topic for the debate provocatively dismisses this appropriation of ethics, claiming that the pursuit of shareholder value is the only guide that professional investors require.

Proposing the motion, Robin Angus of Personal Assets Trust and Bill Dinning of the Medical Defence Union, argued professional fund managers have a fiduciary duty to act according to the wishes of their investors who, in turn, may choose to act ethically if they so wish. Professor Iqbal Asaria of Cass Business School and Tomas Carruthers of Social Stock Exchange opposed the motion, seeking to widen the argument to consider investment as a socially beneficial activity, rather than a professional activity. 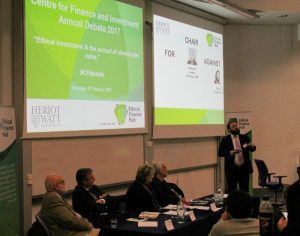 Both sides agreed that companies should be socially responsible and that responsible investment can be conducted at little or no cost to investors.

Given the size and profile of the audience, and the fact it was, after all, a debate, attendees were polled before and after hearing the views of the speakers. The questions and results were as follows:

1. Ethical investment is the pursuit of shareholder value.

2. What is your response to this statement? If it’s legal, then it’s ethical.

3. The cost of investing ethically is a reduction in returns.

In terms of the motion, a narrow majority of the audience agreed with it before the debate started. That was overturned with a more substantial majority against the motion by the end.

Whilst the vast majority of the audience disagreed that if it is legal it is ethical, there was a significant strengthening of this view at the end of the debate.

The final question was looking at the performance of ethical funds. The before results reflect a general perception that there is a performance penalty when investing ethically. However, the speakers from both sides countered this contention and it was no surprise that after the event the audience voted much more strongly in support of the view that investing ethically does not lead to a reduction in returns.

It was very clear that, as the audience heard the arguments, they became more convinced that investment has to be much more than a search for profits – that it is not simply a narrow, technical, professional activity, but a broad range of processes and activities affecting society in many ways.

That perspective opens up opportunities for novel investment strategies, and the Ethical Finance Hub will build on the outcome of the debate in promoting social responsibility in investment across Scotland.

Some of the live tweets from #CFIDebate:

“Shareholder value is not just enriching greedy capitalists! Everyone is a shareholder and capital can be a moral issue”

“Green energy fits my personal ethics but I cannot refuse to invest the money I manage for you in oil, that would be unethical”

“Closing remark from Prof. McGregor: ‘if you don’t measure the things that you value, you’ll end up only valuing the things you can measure”