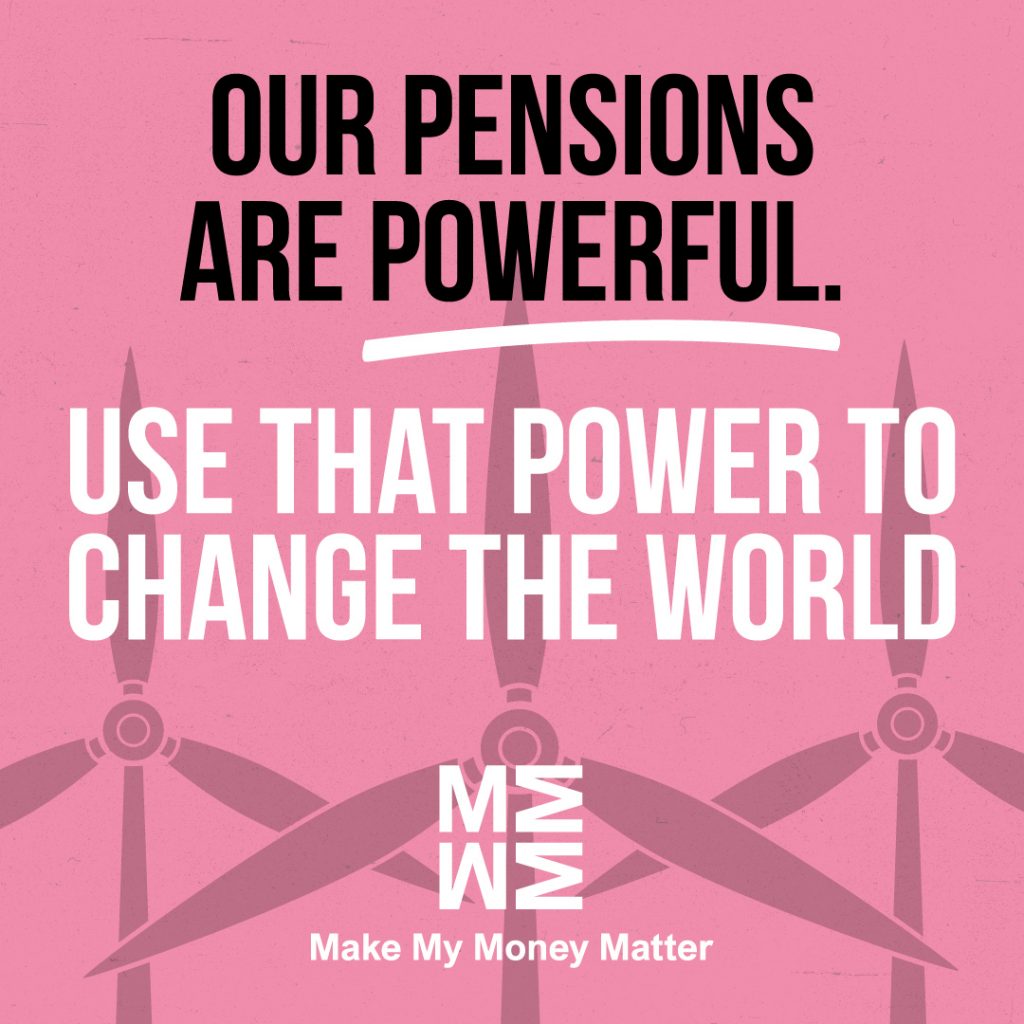 Richard Curtis, co-founder of Comic Relief, has launched Make My Money Matter to help make Britain’s £3 trillion pension pot more sustainable, and ensure it is invested in building a better world after the coronavirus pandemic.

The campaign launched today at an event with speakers; Mark Carney, UN Special Envoy for Climate Action and Finance, Tanya Steele, CEO of the WWF UK, and Helen Dean, CEO of Nest – the UK’s largest pension provider whose ethical fund has outperformed its default fund five years running – is a campaign to drive systemic change in the pension industry.

The aim of the initiative is to build a movement of individuals demanding a pension they can be proud of; organisations aligning their pensions with their values; pension funds putting people and the planet alongside returns; and the UK Government to ensure that all pension funds report on their commitment to net-zero emissions by 2050.

The campaign is officially supported by the Edinburgh-based Ethical Finance Hub, and 21 organisations have joined the initiative including Oxfam, WWF, Comic Relief, Triodos Bank, BNP Paribas (UK), Ecotricity, and the Environment Agency Pension Fund, one of the UK’s largest local government pension schemes.

New research commissioned by Make My Money Matter shows that a growing level of concern around sustainable investment amidst the coronavirus pandemic. Nearly a third (32%) of people across the UK with a pension said they now care even more about the impact their pension has on people and the planet compared with the start of the crisis – rising to 35 per cent in Scotland.

Over half (57%) of the respondents want to see their pensions invested in building a better future for people and the planet post-coronavirus, and a similar number (52%) want their pensions to be part of the solution in tackling climate change.

This demand is contrasted with a lack of knowledge, with the survey revealing that nearly three quarters (72%) of Brits who have a pension either do not believe or do not know whether their pension is invested in line with their values. The figure in Scotland is 70%.

Previous research by the Ethical Finance Hub found that only 13 per cent of Scots who have a pension actively chose their own investment portfolio, but two-thirds of Scots said it is important that banks and other financial institutions take into account ethical, environmental and social issues when making investments.

Richard Curtis, co-founder of Make My Money Matter, said:
“Our pensions are powerful, and we must use that power to build a better world.

“The £3 trillion in our UK pension pot is more than enough to take on the climate emergency, bring hundreds of new drugs to market, or help solve the housing crisis.

“But from tobacco to fossil fuels, gambling to deforestation, pension funds have invested trillions on our behalf without asking us the crucial question – do these investments create a world that we actually want to live in?

“That is why Make My Money Matter will help people understand their ‘financial footprint’ and empower us all to have pensions we can be proud of.

“In doing so, we hope to mobilise real public engagement on the power of our money ahead of COP26 in Scotland.”

“This could turn the existential risks from climate change into the greatest commercial opportunity of our time.

“Private finance, including pension funds, will provide the $3.5 trillion needed annually for investments in sustainable infrastructure and fund the innovation and re-engineering of business in every sector of the economy.

“Make My Money Matter and our work for COP26 will help investors disclose how their client’s money is supporting these investment needs, so people can decide whether their priorities are being met. This will help deliver the world that our citizens demand and that future generations deserve.”

Chris Tait, project manager of the Ethical Finance Hub, said:
“Today’s generation of consumers believes that investment decisions should reflect the issues they care about, such as the environment.

“With the world looking to Scotland, it’s important for financial institutions and public bodies to take into account ethical, environmental and social issues when making their investments.

“But any individual with a pension is also an investor, even though they may not necessarily consider that they are.

“A greater shift towards personal demand for responsible investment will encourage banks and asset managers to do the same.”

People can show their support by signing the petition calling on UK pension funds to put people and planet alongside profit: https://makemymoneymatter.co.uk/sign-the-petition/#

About Make My Money Matter
Make My Money Matter was founded by Richard Curtis, writer, director, UN SDG Advocate and Co-founder of Comic Relief; and Jo Corlett, former No. 10 and Department for International Development Special Adviser.

Make My Money Matter was set up in collaboration with sustainable finance advocates, impact and institutional investors, creative campaigners, the private sector and government. Make My Money Matter is led by CEO Tony Burdon, Former Deputy Director of the International Financial Institutions Department at the Department for International Development; and Campaign Director David Hayman, Former Special Advisor to the Executive Director of ONE Campaign.

Make My Money Matter has four calls to action:
•    For consumers to join the movement calling on pension funds to invest our money in building a better world.
•    For employers to align their pension with their mission and values, and demand their pension fund to demonstrate how they will lead on responsible investment, achieve net-zero emissions and increase their positive impact.
•    For pension funds to better engage their members, set out real plans to increase the positive impact of their investments, and commit to achieving net zero emissions by 2050, with a halving of emissions by 2030.
•    For the UK Government to require, in the forthcoming Pensions Bill, that all pension funds report on their emissions projections to 2050 and their alignment to the Paris Climate Agreement.

Find out more at:
makemymoneymatter.co.uk

About the Ethical Finance Hub

Previous polling in Scotland from the Ethical Finance Hub can be found here.

A photo of Chris Tait for publication can be downloaded here.